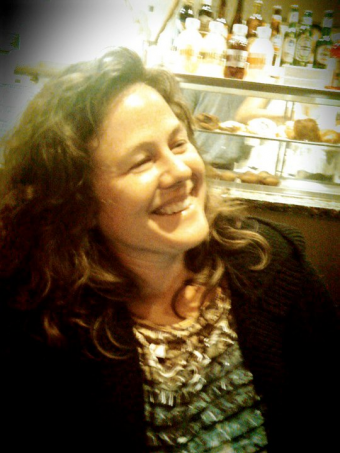 Cheree Dillon is an independent film and television editor based in New York City. Most recently she co-edited Death by Design, which premiered at Sheffield Doc/Fest 2016 and edited the broadcast version of The Homestretch for the 2015 Independent Lens series on PBS. Cheree’s first feature documentary was the Emmy nominated Off and Running, which premiered at the Tribeca Film Festival and was later broadcast on the PBS series, POV. Her other feature doc credits include Surviving Amina (Visions du Reel), Song of Hannah (Avoda Arts) and the upcoming release Sense the Wind. She has also edited award winning short docs including Southmost USA, An Imaginary Thing, Article of Faith, and His Name is Cosmo.

Cheree has edited for The Discovery Channel, The Science Channel, TVOne, HBO, The World Channel and NBC, including The Today Show and long format programming for NBC sports. She has also edited branding content for Foote, Cone, Belding and The Boshia Group.

As a member of New York Women in Film and Television, she sits on the Documentary Committee and has produced panels on interactive filmmaking, social media/marketing, and independent film distribution.

Click here for my resume, and references are available upon request.